Yesway will fulfill its $50,000 donation to Operation Homefront, dedicated to military service members and their families, at a November 6th event; is also donating a portion of proceeds from Yesway-branded bottled water sales in their honor.

In support of its steadfast commitment to the U.S. military and first responders, and in concert with the annual celebration of Veterans Day, Yesway, the fast growing and innovative convenience store chain with locations in Iowa, Kansas, Missouri, Oklahoma, Texas, Nebraska, South Dakota and Wyoming, will join forces with Operation Homefront, to recognize the service of members of our country’s military and their families, during a check presentation ceremony held at the chain’s store location in Grimes, Iowa.

To mark the occasion, Operation Homefront COO Robert (Bob) D. Thomas, COO, Brig Gen, USAF (Ret.), will join Yesway at the Veterans Day ceremony at the Yesway store located at 1905 SE 37th St, Grimes, IA 50111, from 3:00 PM – 4:00 PM CDT on Tuesday, November 6, 2018, where the donation check will be presented. Local community members and their families will also be recognized for their military service during the ceremony.

As the foundation of the Yesway Gives Back charitable giving program, Yesway is supporting, honoring, and meeting the needs of current and former members of the U.S. military and their families, who have sacrificed so much while fighting tirelessly for our nation’s freedom. In partnering with Operation Homefront, a national nonprofit that serves America’s military families, Yesway celebrates these heroic women and men, and thanks America’s troops for their service.

“At Yesway, we feel it is important to make meaningful contributions to the communities we serve,” said Thomas N. Trkla, Yesway’s Chairman and Chief Executive Officer. “Not only are we donating $50,000 in support of all that Operation Homefront does for the brave Americans serving in our armed forces, but we invite Yesway customers to join us in supporting America’s military and their families who serve on the homefront as well.”

He continued, “To that end, not only do we offer free coffee or fountain beverages to active and retired members of the military and first responders on Fridays in our stores, we are also donating 5 cents from the sale of every bottle of Yesway-branded spring and purified water sold, up to an additional $25,000, to this wonderful organization.”

“We are very grateful for the commitment and support of Yesway and its customers,” said Robert (Bob) D. Thomas, Brig. Gen. USAF (Ret.), Chief Operating Officer of Operation Homefront. “Their generous donation will help deliver support to military families across the country and enable them to thrive, not simply struggle to get by, in the communities they have worked so hard to protect.”

For details on accepted uses for our logos, view our branding guidelines. Our full branding kit, including all versions of our logo for press related use can be downloaded here. Yesway press kit Q&A For media inquiries, please contact: Warner Communications Erin Vadala erin@warnerpr.com 978-468-3076 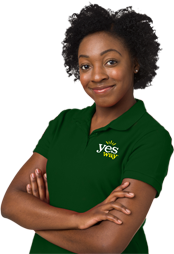 You can find out more about which cookies we are using or switch them off in settings.

This website uses cookies so that we can provide you with the best user experience possible. Cookie information is stored in your browser and performs functions such as recognizing you when you return to our website and helping our team to understand which sections of the website you find most interesting and useful.

Strictly Necessary Cookie should be enabled at all times so that we can save your preferences for cookie settings.

If you disable this cookie, we will not be able to save your preferences. This means that every time you visit this website you will need to enable or disable cookies again.

This website uses Google Analytics to collect anonymous information such as the number of visitors to the site, and the most popular pages.

Please enable Strictly Necessary Cookies first so that we can save your preferences!